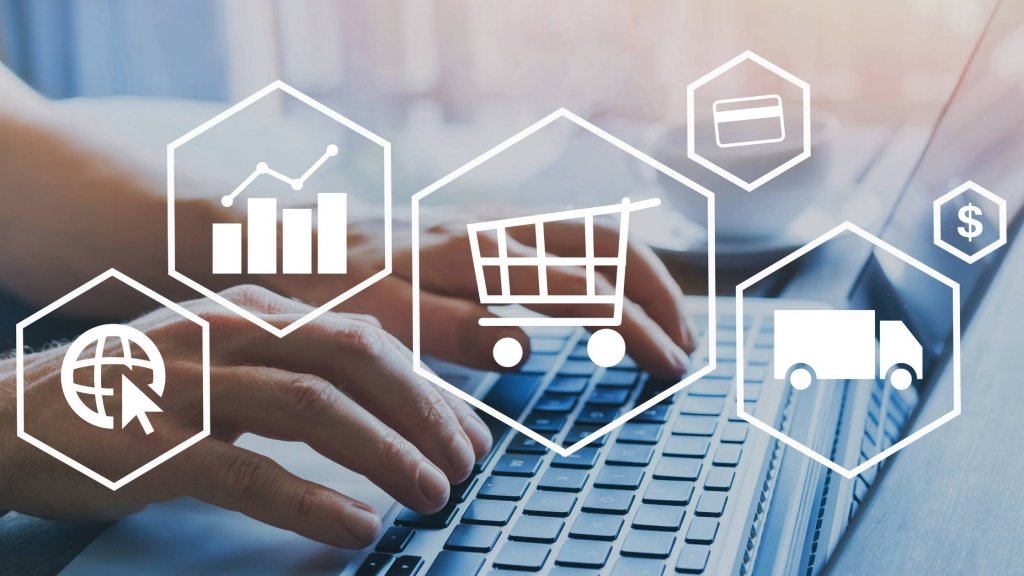 Reasons why E-Commerce Owners Should Invest in Cybersecurity 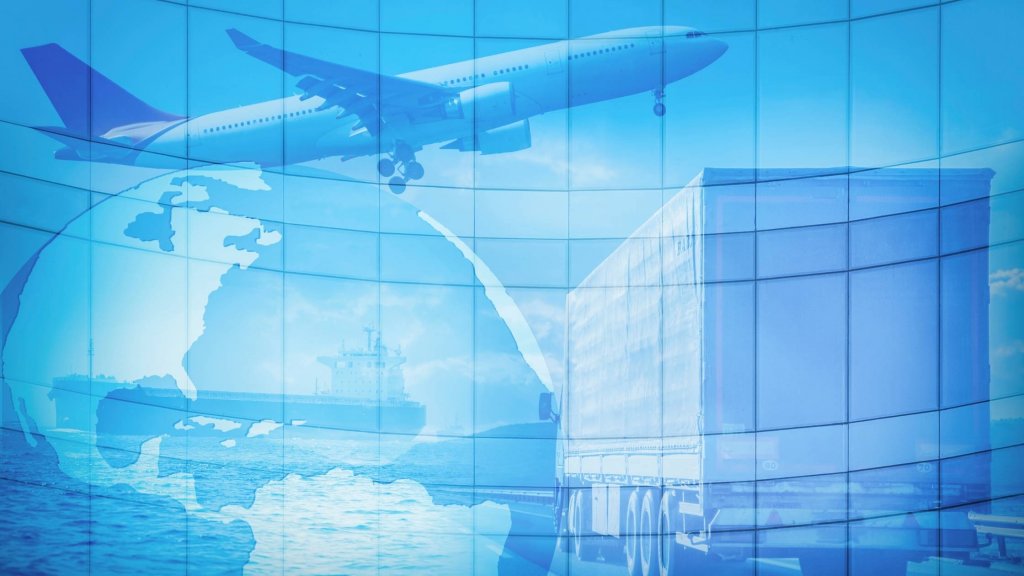 Freight Agent: 6 Tips To Become One 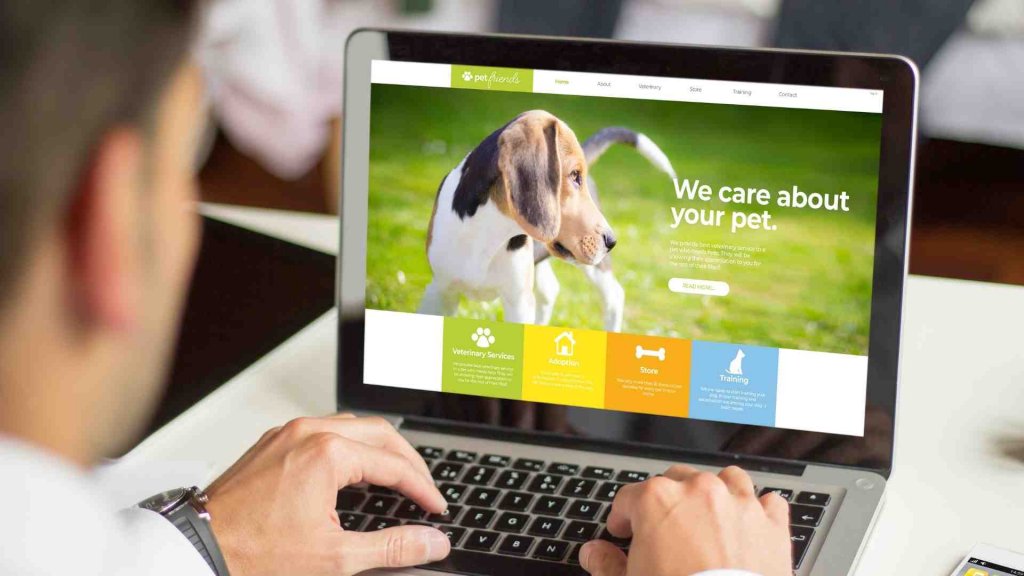 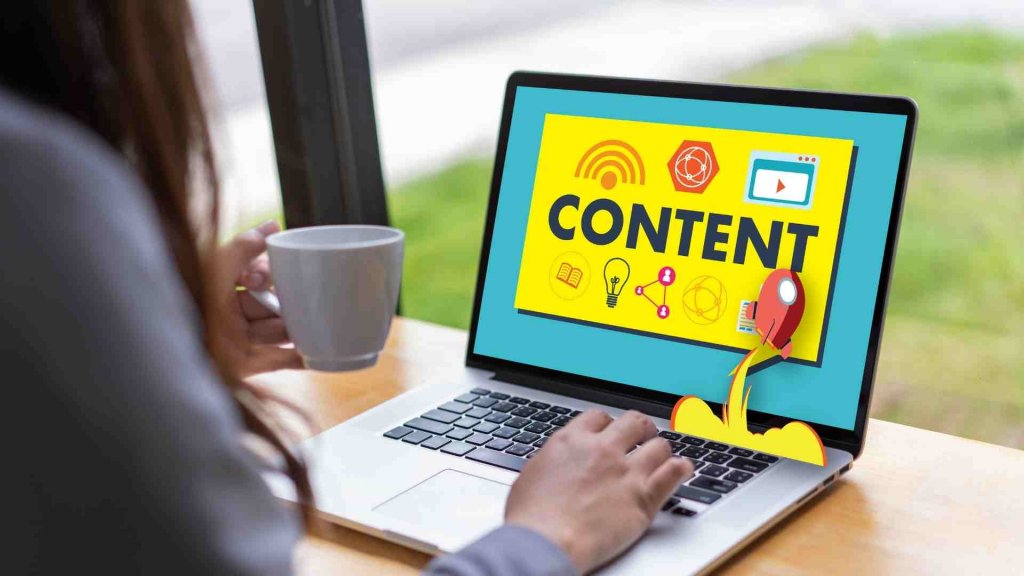 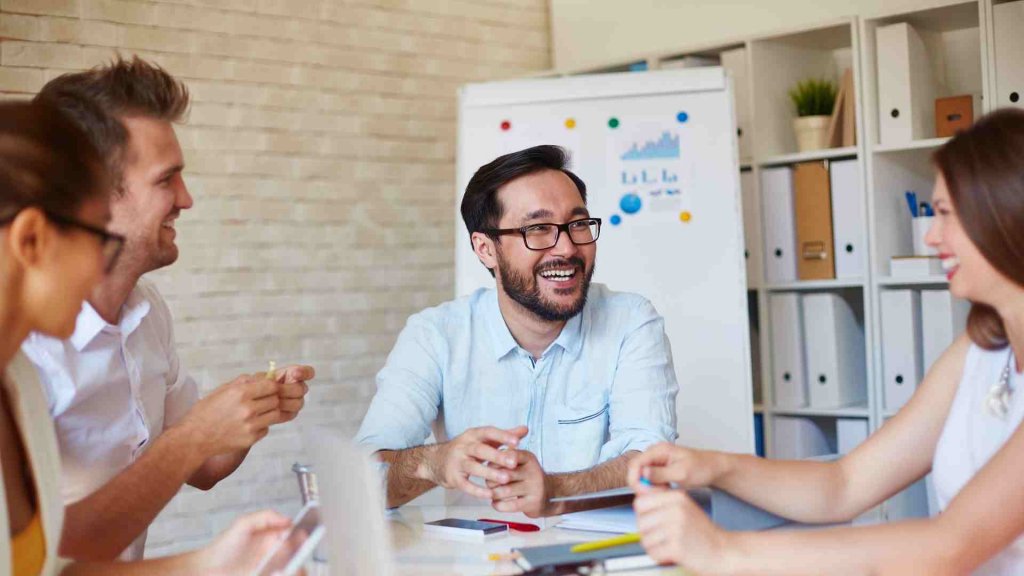 4 Tips for Encouraging Employee Productivity in Your Small Business 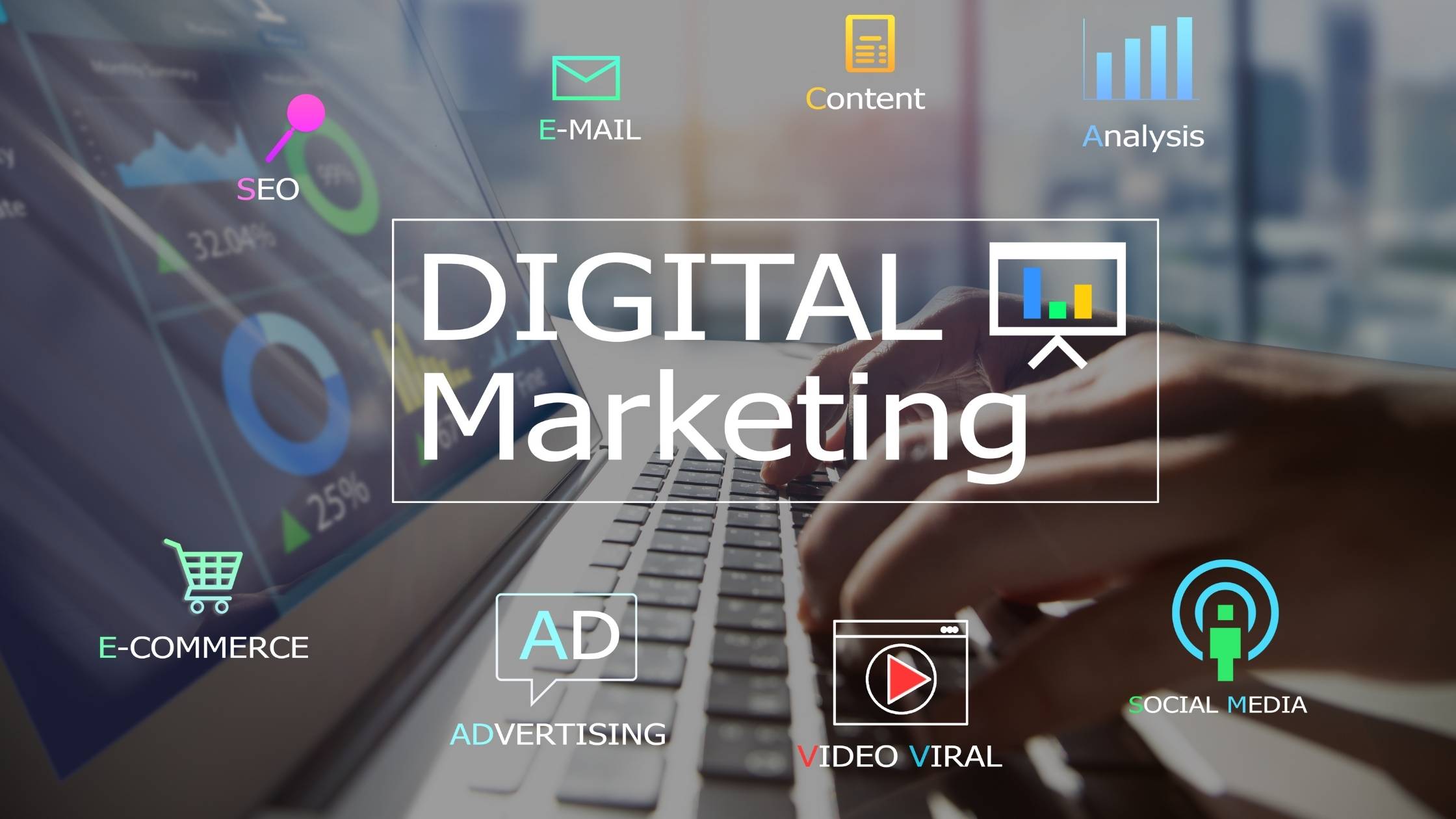 5 Ways to Get Better Results From Your Digital Marketing 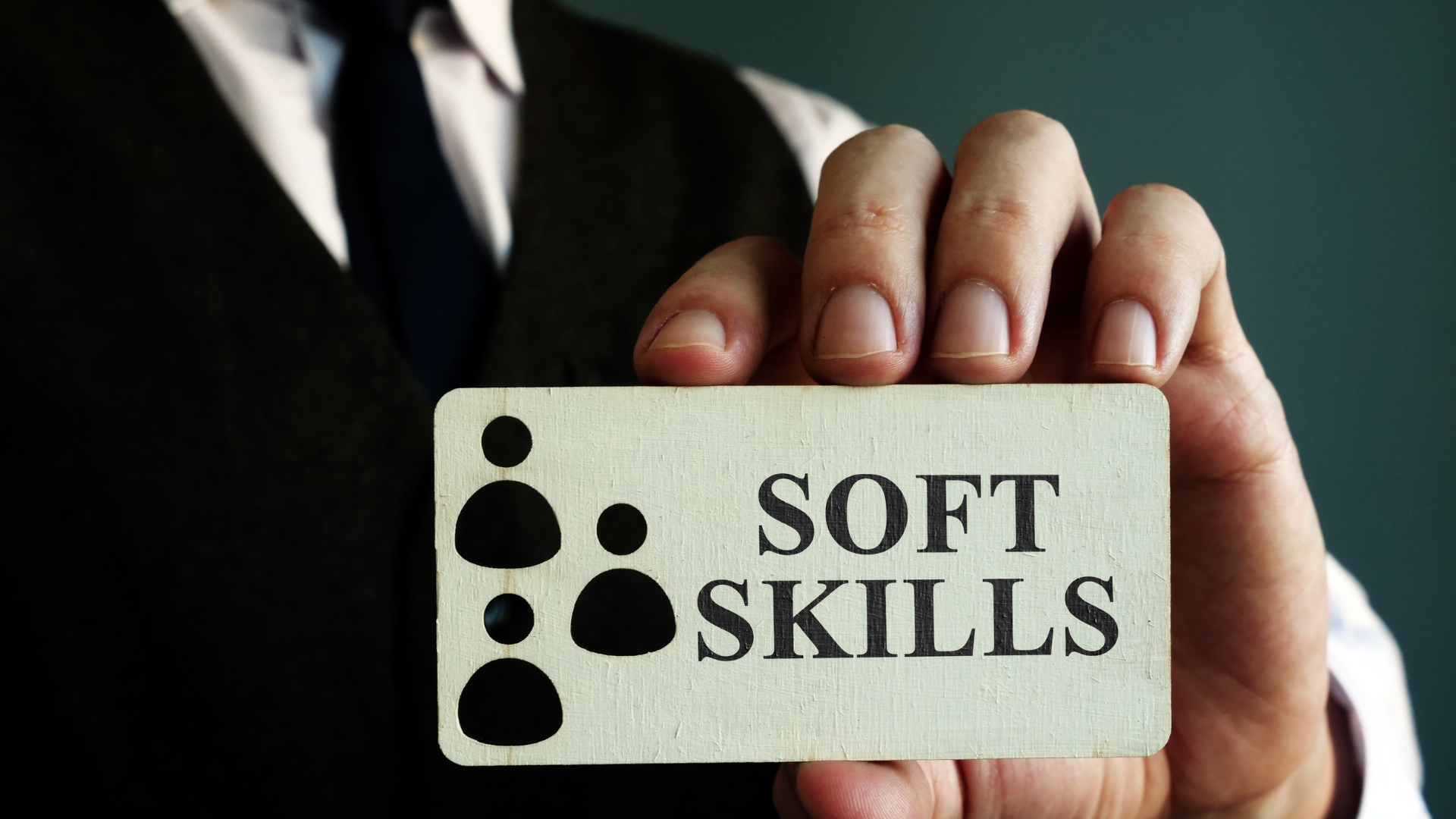 5 Soft Skills To Improve For Better Lead Generation And Sales 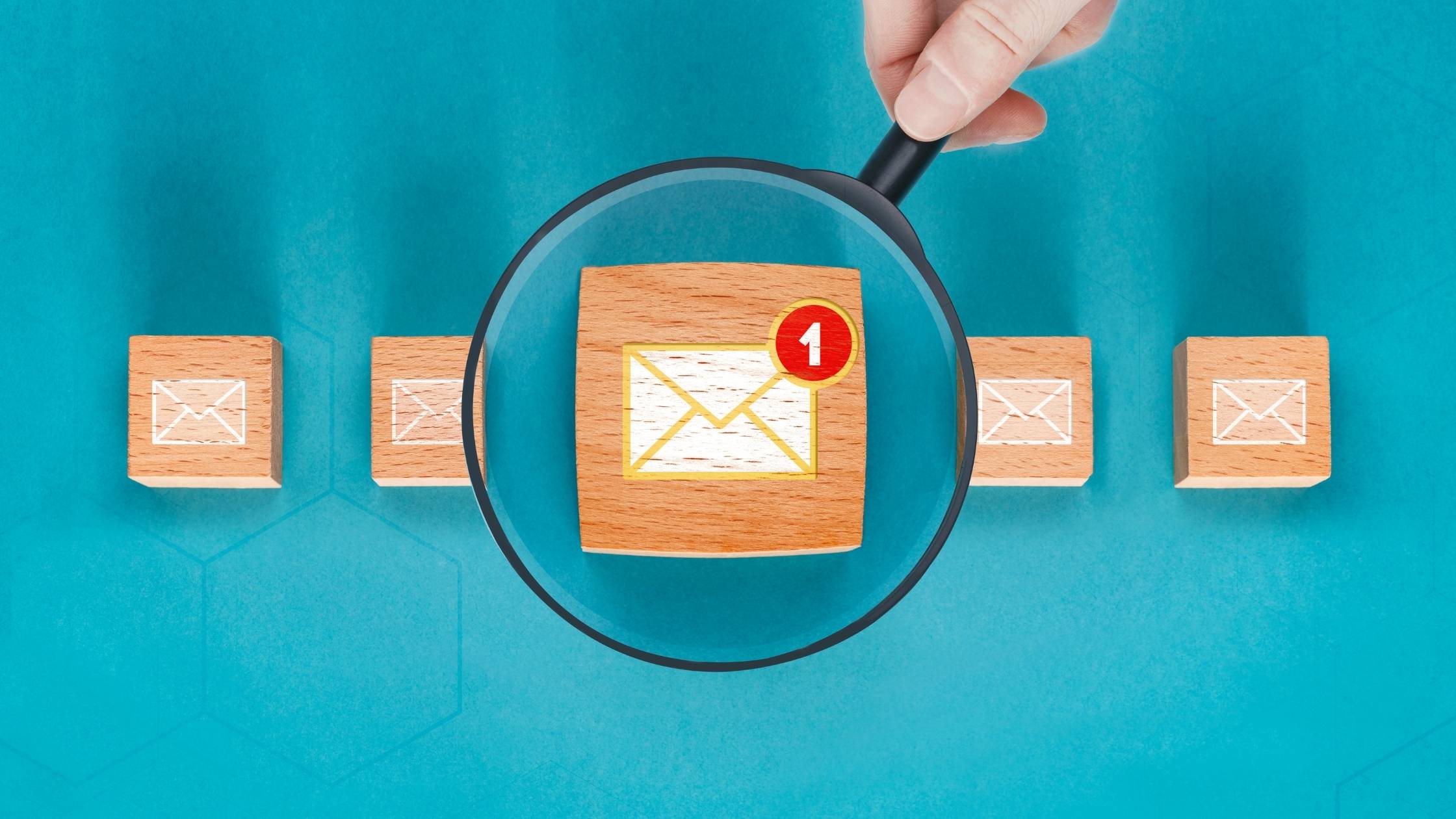 Certified Mail Online: A 2022 Guide For Your Small Business 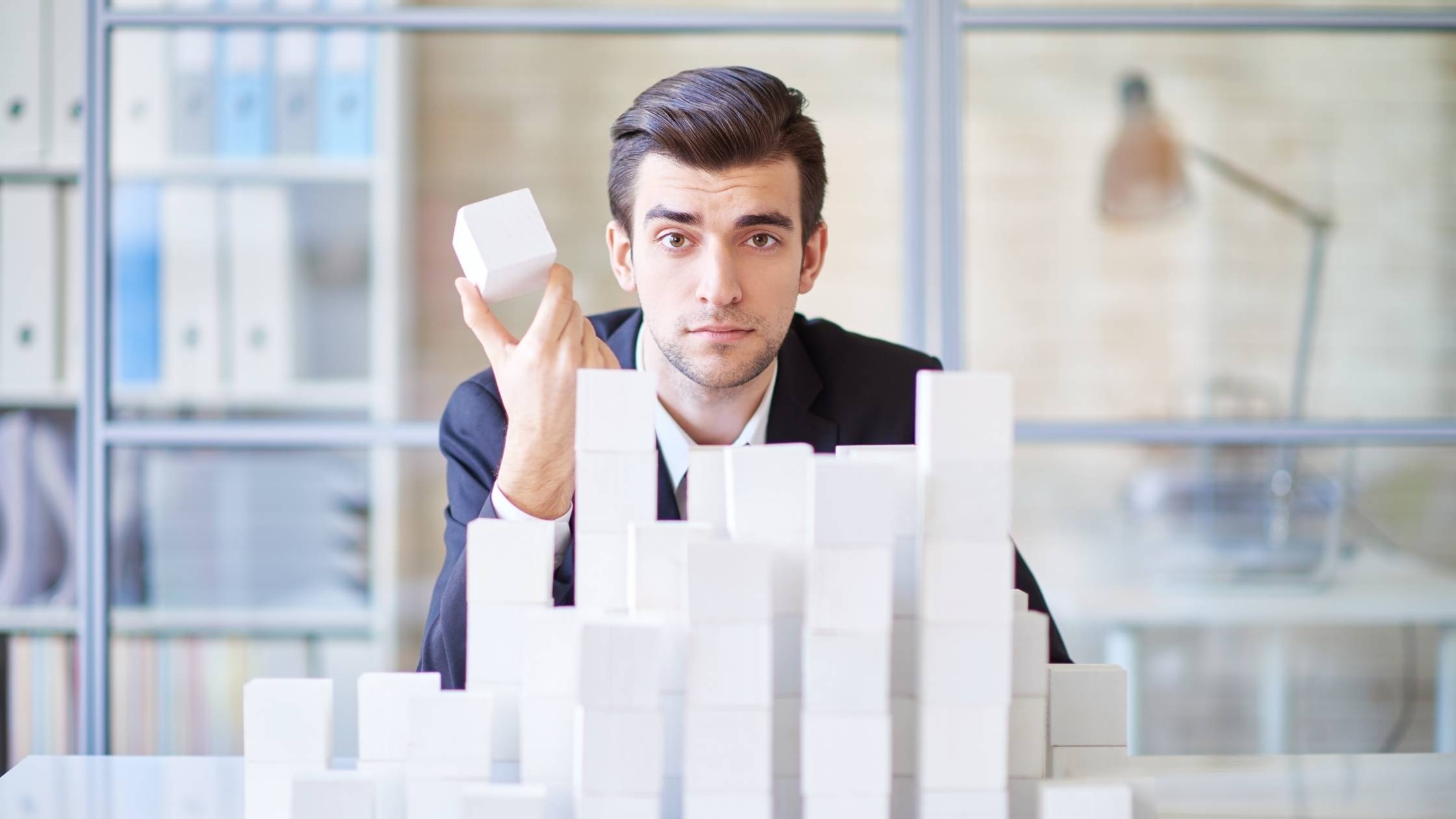 How To Expand Your Business: Best Strategies In 2022 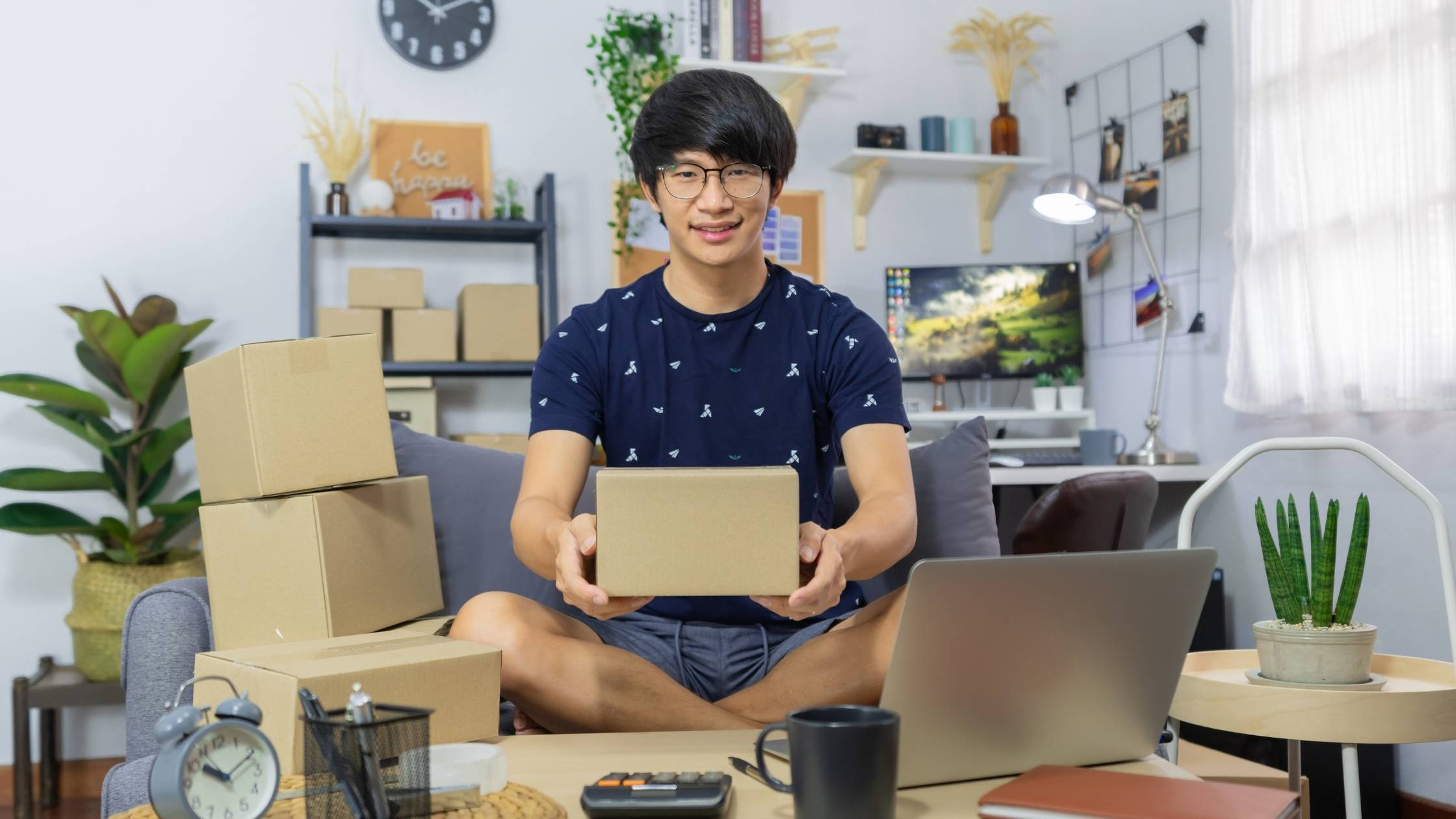 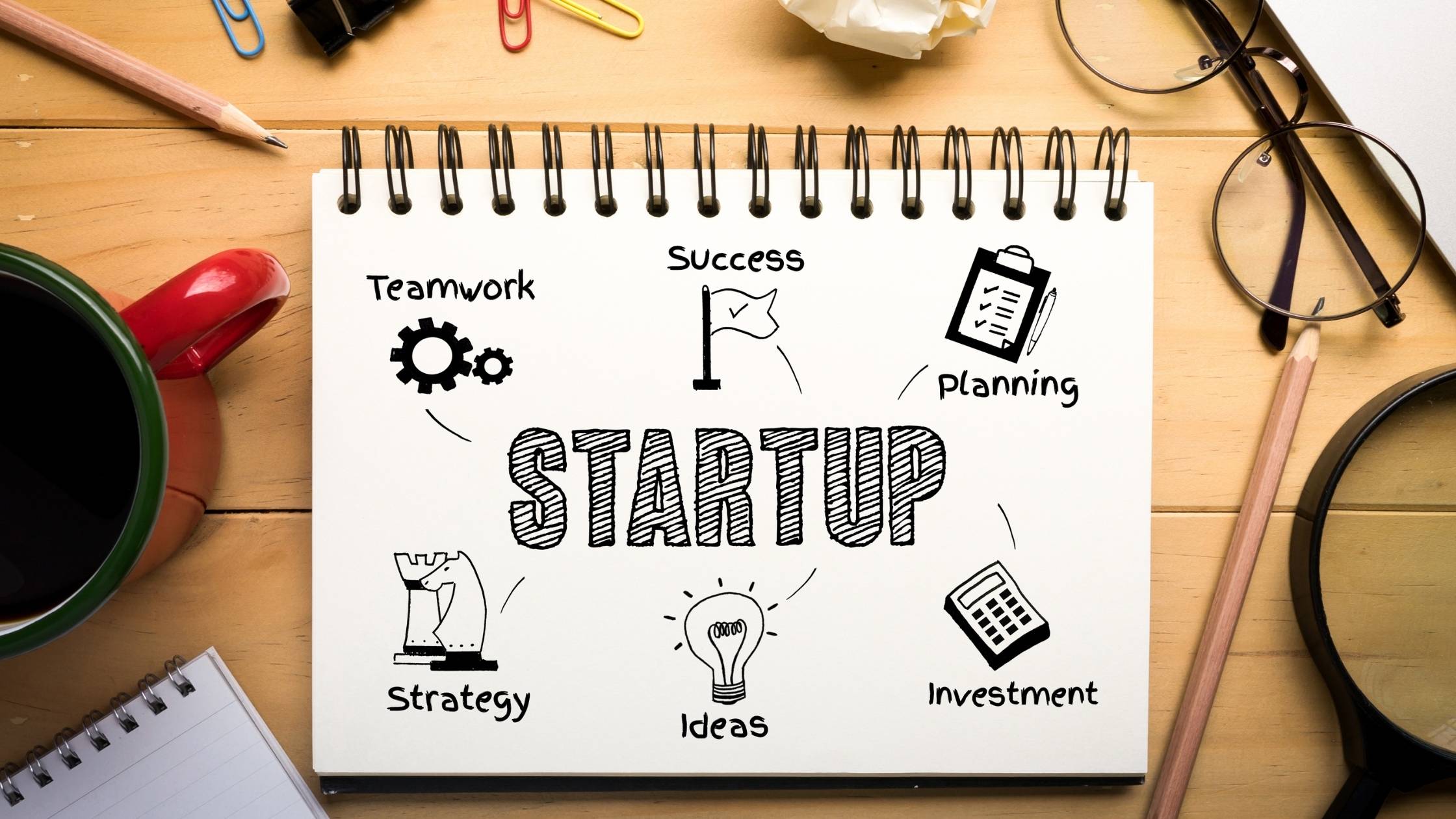 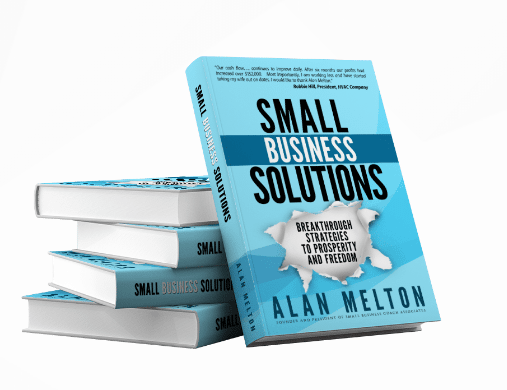 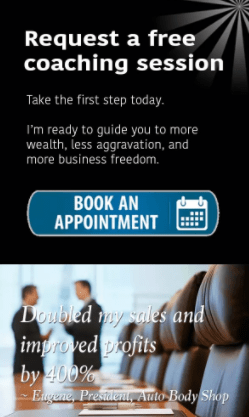 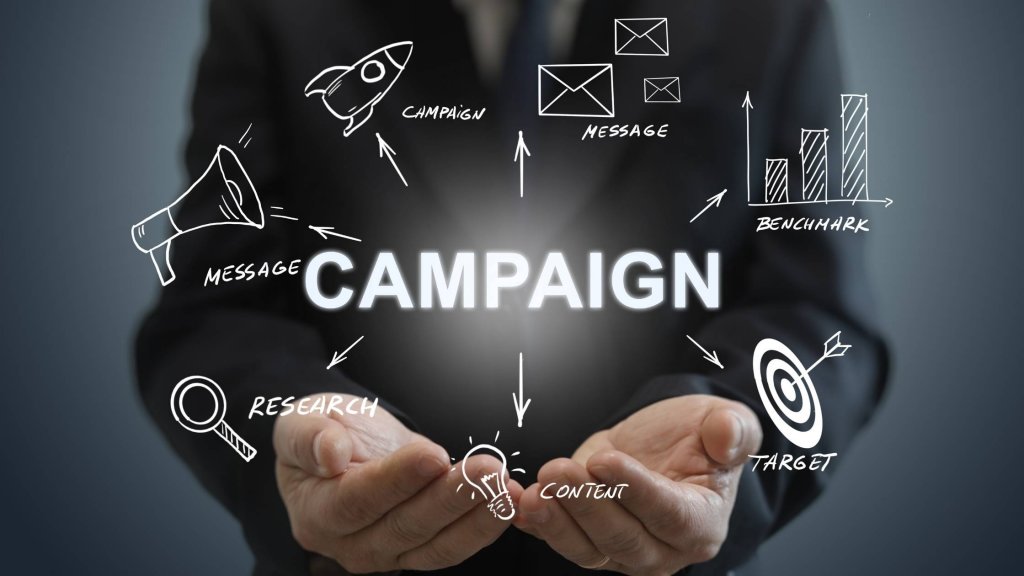 The key to successful marketing campaigns is to research local markets thoroughly. Knowing and discovering interests, aspirations, and traditions in each market you target will benefit your company and help you increase engagement and sales. Localizing your marketing campaigns can ensure the results you seek, as your audience will perceive them as more personal and tailored to them. To help you find inspiration for your next campaign, we’ve gathered in this article the top 15 examples of brands with great local marketing campaigns.

Let’s get right to it. 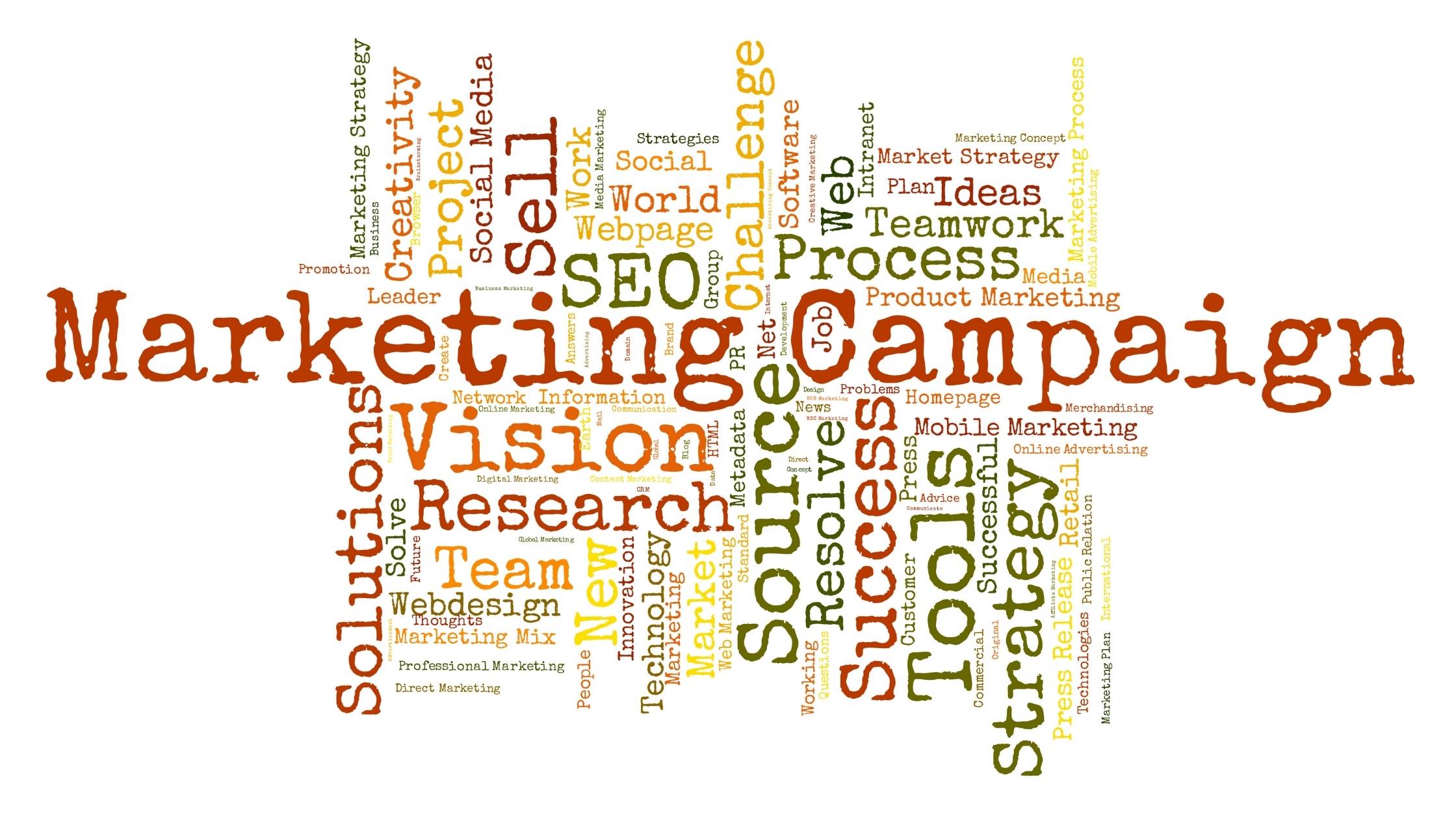 1. Monopoly – Board game editions based on locations

We’ve all heard of Monopoly, and chances are you’ve played it with your friends or family at least once. Monopoly, one of the most popular board games of all time, wanted to emphasize its features while maintaining its basic game rules.

This goal has resulted in the game being reformed and personalized for each location, allowing consumers to be more motivated to play by connecting to their own cities, therefore making the game even more engaging.

Durban and Cambridge are just two of the places that the game had in mind.

Monopoly made a wise decision by ensuring a successful local marketing effort throughout the world.

Another great example of a local marketing campaign comes from Nike, which every year celebrates the Chinese New Year with a unique shoe collection.

As a result, the corporation is able to develop an interest in the communities and use the psychological concept of fear of missing out (FOMO) in marketing to encourage consumers to buy.

Whoever believes that McDonald’s serves the same burgers and other foods under the same names all around the world is mistaken.

In truth, the world’s largest international fast food firm has always taken a regional approach, tailoring its food and beverage offerings to local customs and tastes.

Just to name some examples: in Spain, the “Patatas Deluxe,” in India, the “Dosa Masala Burger,” in the Netherlands, the “McKroket,” and in South Africa, the McBraai sauce has replaced the normal BBQ sauce.

Ikea has to be included among the top examples of businesses with effective local marketing campaigns.

The Oslo agency was hired by the global corporation that designs and distributes ready-to-assemble furniture, in order to make an effort to create a sustainability campaign.

The ad acknowledges Ikea’s part in the problem of furniture waste and brings attention to its buy-back and refurbishing initiatives. Its main goal is to convince people that Ikea furniture is durable and worth fixing.

Coca-Cola certainly deserves to be recognized among the brands that effectively activated and launched local marketing efforts.

Coca-Cola, for example, created the “Share a Coke” campaign by personalizing the bottles by adding last names and some of the most popular holiday places to the labels.

People would take photographs of the bottle and post them on social media or share them with friends, giving the brand free promotion.

The “Kit Kat Mail” campaign was created by Kit Kat and its agency, JWT Tokyo, and included a compact, mailable three-dimensional box with a Kit Kat chocolate inside. It was only available at 20,000 post office locations in Japan.

This motivated people to continue sending gift cards with good luck wishes to schoolchildren. As a result, the campaign was able to captivate a big portion of the audience.

Pedigree’s local marketing campaign consisted of not only placing dog food stickers on the ground but also spraying those stickers with Pedigree dog food aroma.

Street dogs would rush up to the sticker and begin licking and smelling it. The tempting sticker helped owners figure out what their pets liked to eat.

Even better, these stickers were strategically positioned in front of supermarkets and pet stores, ensuring that owners were aware of the campaign while they made purchasing selections.

If you want to use stickers for your next local marketing campaign, you can print your own stickers on HelloPrint.

Pampers has created a local marketing campaign based on the findings of a sleep study done by the Beijing Children’s Sleep Research Center, which indicated that Chinese moms were worried about their baby’s sleep quality because it is thought to be linked to cognitive development.

Pampers intended to emphasize how its products may assist newborns to overcome challenges like these by emphasizing the fact that Pampers helped babies:

The Volkswagen Kombi is a legendary automobile. The final Kombi production line in the world closed its doors in Brazil on December 31, 2013, after 63 years.

Rather than just halting manufacturing and declaring it, the business chose to create an “unlaunch” campaign, inviting previous and present Kombi owners to share their memories via the campaign website.

The campaign sparked a worldwide conversation across a range of platforms, and it was aided by a series of strategically placed advertisements that reflected the truck’s “final wishes.”

A new generation of “real workers” emerged, those who saw challenges around them and were inspired to effect positive, meaningful change. Levi Strauss & Co., the American clothing company best known for its Levi’s brand of jeans, has capitalized on this.

The campaign involved the production of documentaries describing the efforts to rehabilitate a run-down steel town across several media platforms, Braddock.

To contribute to the real change in Braddock, the Levi’s® brand was committed to funding the refurbishment of Braddock’s community center, a focal point of the town and their youth-based programming.

Seeing your menu items in print after you’ve posted them and having that kind of input engages both customers and prospects.

The integrated campaign didn’t stop there either. The company opened a second vegetarian location in London with 20 new items on the menu.

“Don’t Exclude. Include,” was just one slogan that was utilized across a variety of channels, including social media and outdoor advertisements, to influence people’s feelings and generate attention.

H&M has created a new store formula that caters to “new shopping” and consumer preferences in their local area.

H&M conducted a significant study on the local desires of H&M shoppers in Amsterdam in order to develop the new formula.

People have shown a desire for an H&M where items can be recycled, repaired, rented out, and sold, according to the research.

H&M Amsterdam has done a fantastic job with this.

H&M has launched a local marketing campaign in Amsterdam based on this new shop concept. The campaign has been widely distributed locally, including digital out-of-home and paid social, with the goal of reaching Amsterdam people.

Morrisons created the Local Foodmakers Campaign to help local communities by providing items from producers that cater to local food preferences and manufacture their goods within a short distance of Morrisons outlets.

They also host Local Foodmakers events, which encourage local food producers to display their wares in a community space.

Lidl conducted brand impression research among their target customers and discovered that their produce was seen to be of poorer quality than that of rival supermarkets.

London food experts were invited to an exclusive farmers market in the posh east end to disprove critics.

The event was videotaped by the agency, and renowned food bloggers shared anecdotes about the exceptional quality of the meal on social media.

When consumers showed an interest, they were informed that the items were from Lidl, a brand whose low price was a pleasant surprise.

Wrapping up on Local Marketing Campaigns 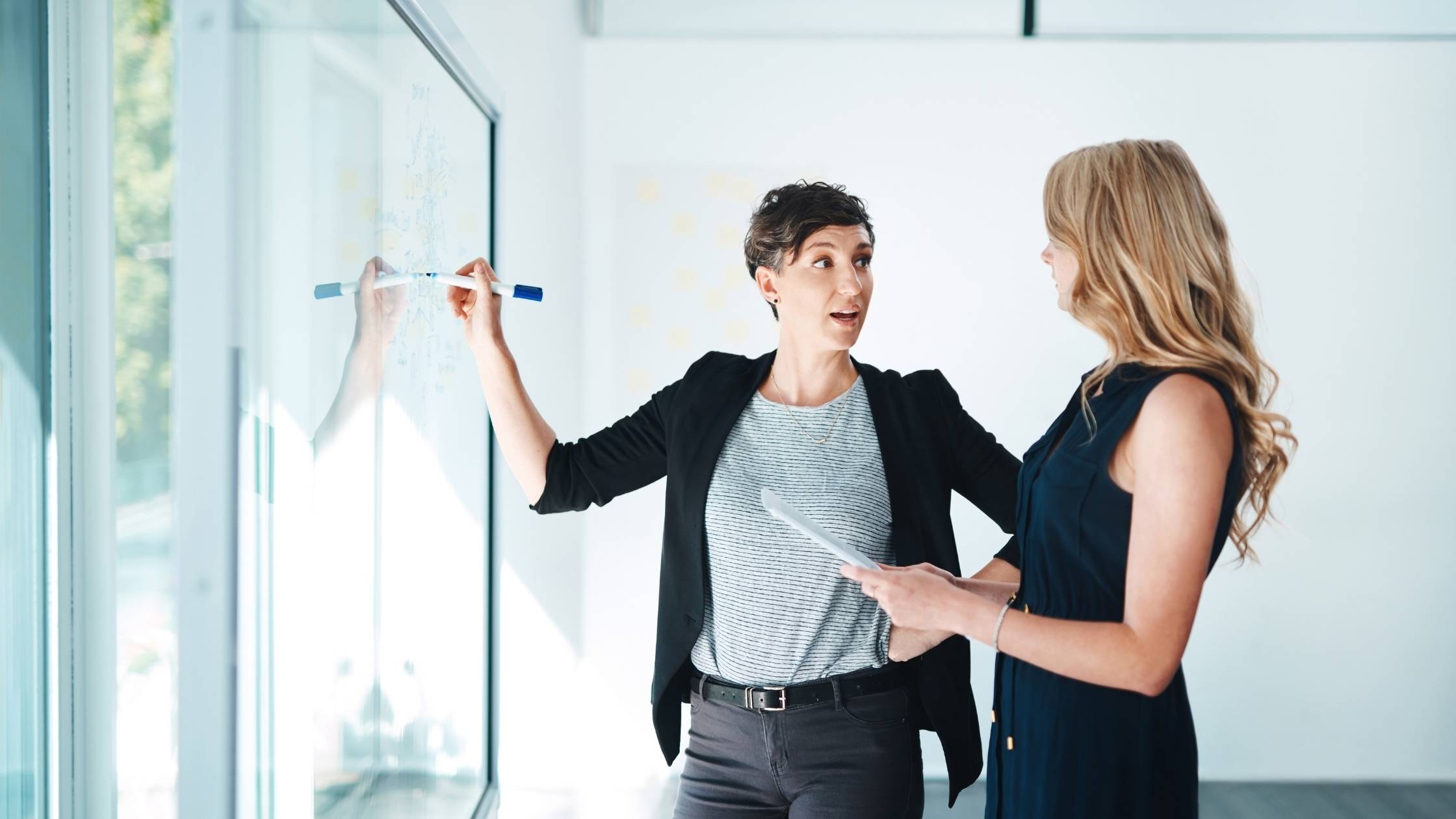 Localizing your marketing activities is critical for achieving the desired results.

As you’ve seen from this blog article, each campaign conducted by each company was rather simple, yet they were all effective and yielded spectacular results.

Following these examples will undoubtedly assist you in developing successfully your local marketing campaigns.

Thank you for your interest in reading this article. Hopefully, you found it useful and helpful.

If you want to read more, please check out this article about multilingual cross-border marketing.

Flavia Silipo is a skilled SEO copywriter and digital marketing specialist with over two years of experience. You can find her on LinkedIn. 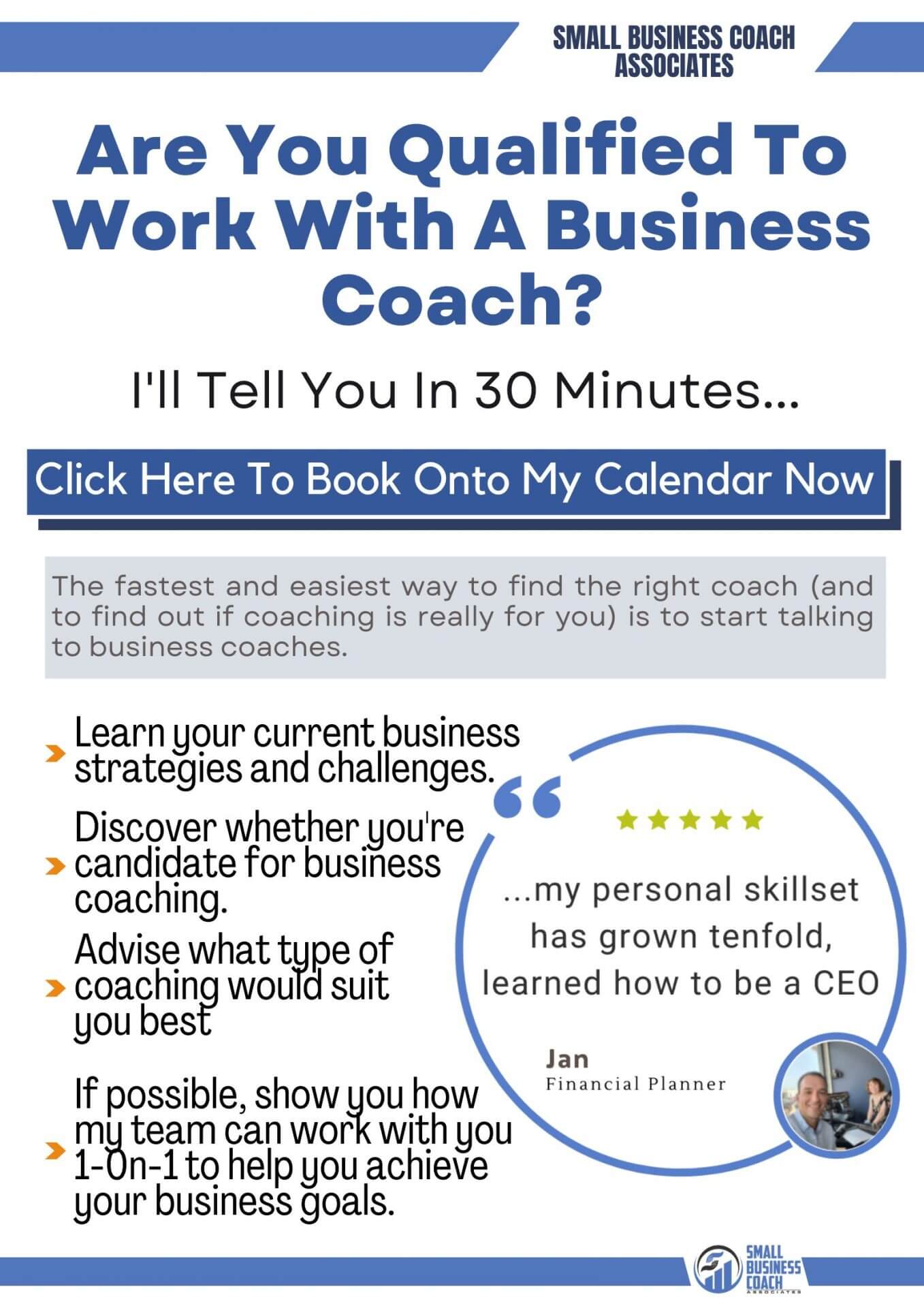